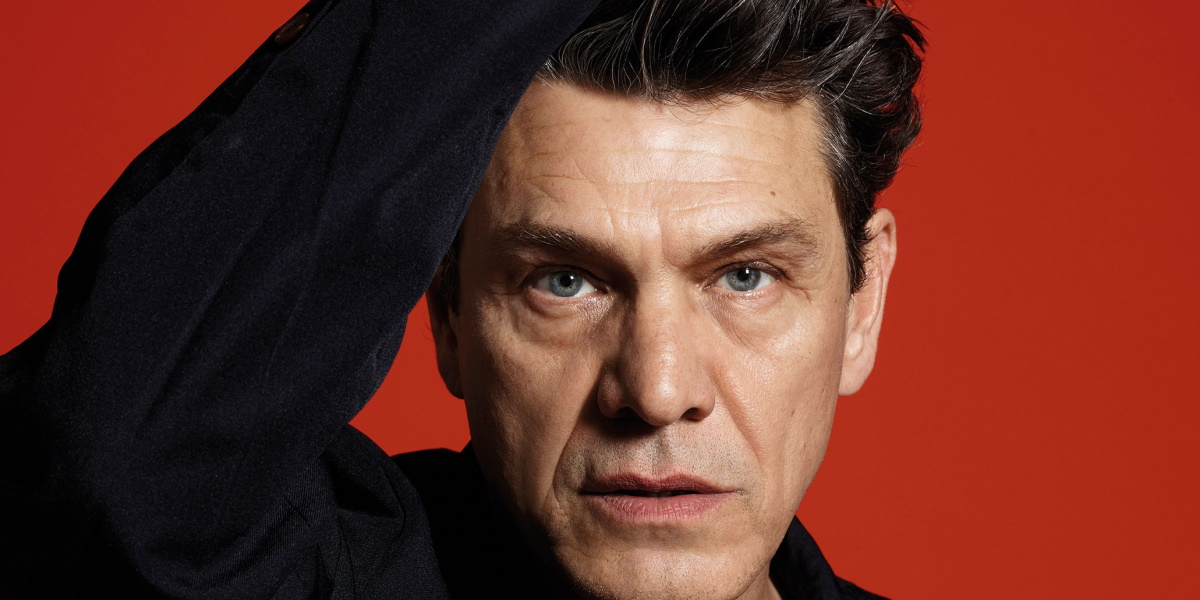 Marc Lucien Lavoine (born 6 August 1962 in Longjumeau, Essonne) is a French singer and actor. In 1985, his hit single “Elle a les yeux revolver…” reached number four on the French Singles chart and marked the beginning of his successful singing career. He stars in the television series Crossing Lines as Louis Daniel, head of an International Criminal Court police team that investigates crimes that ‘cross’ European borders.

Marc Lavoine is a French singer born near Paris. He was labeled a heart throb at the beginning of his career and remains popular. He released his first album, Le Parking des Anges, in 1985 with his song “Elle a les yeux revolver…” as a favorite among teens. In 1987, Lavoine released his second album Fabriqué. His single, “Qu’est-ce que t’es belle“, was a duet with Les Rita Mitsouko leader Catherine Ringer. His third album Les Amours Du Dimanche was released in 1989, which sold 300,000 copies.

In 1992, the singles “Paris“, also the title track of his fourth album, and “L’Amour de trente secondes” gained success. In 1993, Lavoine released his fifth album Faux Rêveur. Lavoine’s sixth album Lavoine-Matic, released in 1996, included the single “C’est ça la France“, which is a song of tolerance and was awarded Best Video from the Victoire de la Musique. In 1999, his seventh album Septième Ciel was released, with the first single as “Les Tournesols“.

Lavoine’s eighth album, which did not have a title, was released in 2001. Like former albums, this featured duets with female singers, including Italian singer and actress Cristina Marocco, singer Françoise Hardy and actress Claire Keim. In 2003, he released the single “Dis-moi que l’amour” and a live album entitled Olympia Deux Mille Trois. Lavoine’s ninth album L’Heure d’été, included singles “Je me sens si seul”, “Toi mon amour” and “J’espère”, a duet with Belgian singer of Vietnamese descent Quynh Anh. He also wrote the song “Bonjour Vietnam” as a gift for Quynh Anh.