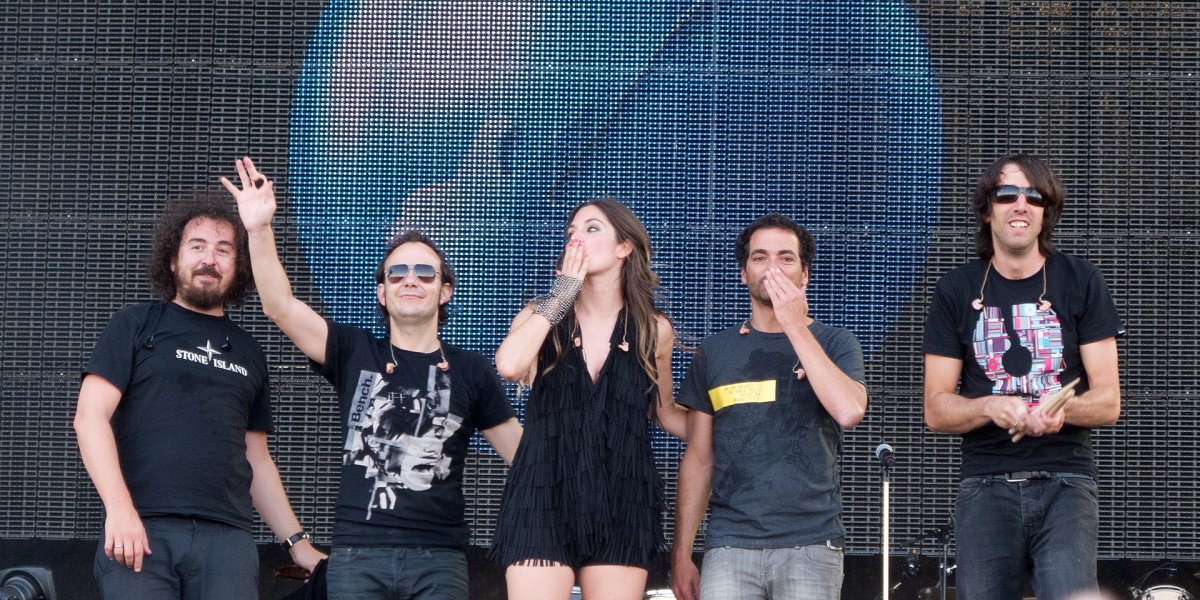 La Oreja de Van Gogh is a Spanish pop band from Donostia-San Sebastián, Spain. The band’s lyrics and compositions are written primarily by Xabi San Martín, and additionally by Pablo Benegas and Amaia Montero (who remained in the group until her departure in 2007). The lyrical themes of their songs typically include love, friendship and relationships. Since their debut, they have sold more than 8 million albums worldwide.

In November 2007, lead singer Amaia Montero announced that she would be leaving the group to begin a solo career. Her replacement, Leire Martínez, was announced in July 2008; the first single featuring the new singer, “El Último Vals” (The Last Waltz), was released at the same time. The album from which the single was taken, A las cinco en el Astoria, followed in September 2008. Leire was discovered on the Spanish reality show Factor X.