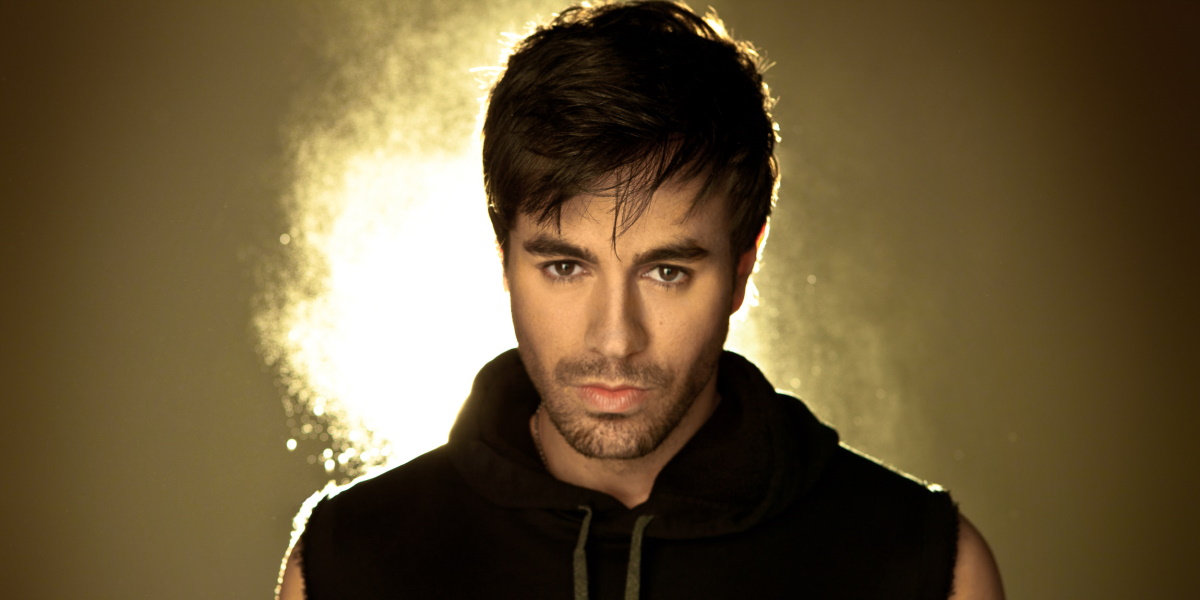 He began his career during the mid-1990s on American Spanish-language record label Fonovisa Records under the stage name Enrique Martinez, before switching to his notable surname Iglesias. His father Julio Iglesias was a very successful singer and Iglesias wanted to make it on his own without receiving benefits from his family name. By the turn of the millennium, after becoming one of the biggest stars in Latin America and the Hispanic market in the United States, he made a successful crossover into the US mainstream market. He signed a multi-album deal with Universal Music Group for US$68 million with Universal Music Latino to release his Spanish albums and Interscope Records to release English albums.

Iglesias is one of the best-selling Latin music artists with estimated sales of over 70 million records worldwide. He has had five Billboard Hot 100 top five singles, including two number-ones. As of October 2020, Iglesias holds the number-one position on the Greatest of All-Latin Artists charts.[6] Iglesias holds the record for the most number-one songs on the Billboard Hot Latin Songs chart with 27 songs, the Latin Airplay chart with 31 songs, and the Latin Pop Airplay chart with 24 songs. Iglesias also has 14 number-ones on Billboard’s Dance charts, more than any other male artist. In December 2016, Billboard magazine named him the 14th most successful and top male dance club artist of all time.

Iglesias was born in Madrid, Spain, and is the third and youngest child of Spanish singer Julio Iglesias and Filipina socialite and magazine journalist Isabel Preysler. His father Julio is recognized as the most commercially successful continental European singer in the world. Iglesias was raised with two older siblings, Chábeli and Julio Jr. One of his mother’s aunts is actress Neile Adams, the first wife of American actor Steve McQueen, mother of actor Chad McQueen, and grandmother of actor Steven R. McQueen. His father’s family is from Galicia and Andalusia; his father also claims some Jewish and Puerto Rican ancestry on his mother’s side.

Iglesias found out later in life that he was born with a rare congenital condition known as situs inversus where some of the body’s major organs, such as the heart, are situated on the opposite side of the body from normal.

At first, Iglesias and his two siblings stayed with their mother, but in December 1981, Iglesias’ grandfather, Dr. Julio Iglesias Puga, was kidnapped by the armed Basque group ETA. For their safety, Enrique and his brother Julio were sent to live with their father and his girlfriend at the time, Venezuelan top model Virginia Sipli, in Miami. There, they were brought up mostly by the nanny, Elvira Olivares, to whom Enrique later dedicated his first album.[20] As his father’s career kept him on the road, the young Iglesias was raised by the family nanny. He attended the prestigious Gulliver Preparatory School and later went on to study business at the University of Miami.

Iglesias did not want his father to know about his plans for a musical career and did not want his famous surname to help advance his career. He borrowed money from his family nanny and recorded a demo cassette tape which consisted of a Spanish song and two English songs. Approaching his father’s former publicist, Fernán Martínez, the two promoted the songs under the stage name ‘Enrique Martínez’, with the backstory of being a singer from Guatemala. Iglesias was signed on to Fonovisa Records. After dropping out of college, he traveled to Toronto to record his first album.